What YA Gets Wrong About Teenagers (From A Teenager)

I have an extremely unpopular teenage bookworm reading opinion.

This doesn’t mean that I’ve never read a YA book that I enjoyed. Some of my favorite books fall under the YA genre. But to be honest, I don’t typically like reading young adult novels.

Let me just say, this is NOT because I think YA isn’t real literature. I think as a society, we have a tendency to automatically dismiss genres that women (especially young women) really enjoy. Romance and YA are often seen as not ‘real’ fiction, which is stupid, because women and teenage girls are obsessed with both. And if you’re obsessed with something, that means it’s a good book. In my humble opinion, teenage girls are the ultimate judges on culture, even though we’re constantly shamed for our decisions and patronized by adults and teenage boys alike. (You can make fun of “White Girl” things all you want, but that does not change the fact that teenage girls of all races supported both the Beatles and Starbucks before anyone else did, and where would you be without your delicious coffee and Sgt. Pepper’s Lonely Hearts Club Band?)

However, despite believing that YA is a genre worthy of literary awards and esteem, it’s still not my favorite. There are a couple of reasons why.

(P.S. This post is a criticism of some aspects of the YA genre, but if you’re a writer, you could also take this as YA writing advice from  a teen. 😉 )

Everyone Listens To Them

This might be the biggest ‘mistake’ I see in YA fantasy, dystopian, crime, and even realistic novels.

Picture this. The teenage main character finds out a huge secret about the enemy fairy army / corrupt government / mysterious murder / sketchy biology teacher. They run to people with power. And then, just like that, they get to lead the resistance/investigation because obviously, they know what’s going on.

Here’s the truth about being a teenager: NO ONE ACTUALLY LISTENS TO YOU EVER.

Adults think you’re too old to be making mistakes and too young to take over their jobs. No one would just hand power over to a sixteen year-old, no matter how cool their prophecy or magical birthmark is.

Make teenagers work for their power, and make sure the adults around them are skeptical at first. (Unless the adult is the Main Character’s mom. My mom always believes in me. Thanks, Mom.) Make them prove themselves worthy of being heard.

A lot of YA books I read have main characters who read like they’re in college already. They rarely rely on family, they smoke, and they go on crazy road trips.

I admit this is a really tricky one for writers to capture, because most teenagers THINK that they’re twenty-somethings. Here’s the trick to teenagers: All of us are trying to be older than we really are. As I’ve mentioned before, teenagers are weird creatures. You feel like you’re too young to do anything of importance, so you try to act older. Because it’s cool. Because it makes you feel like you have things under control.

So in the abstract, it makes sense to write teenagers like you would write college students, because we act like we are. But it’s not that simple. There are two major differences: Experience and security.

Teenagers aren’t really secure with their identity, and they don’t have enough experience to be convincingly written as adults. Most of my friends don’t know how to do laundry. If you’re going to write teenagers with an adult edge, make sure you’re still making them vulnerable.

I am a nerd. There are not too many other ways to describe someone who recites Emily Dickinson facts, wears boots that resembles a witch’s, and enjoys writing essays for school. But I have something to say that may shock an inexperienced YA writer:

I do not automatically and inexplicably hate any of my classmates. For some reason, ‘preppy’ girls and ‘geeky’ girls have been pitted against each other in fiction. Preppy girls think the goths/nerds/nonconformists are weird and all the other girls think the preppy girls are basic and boring and conforming to society’s lackluster expectations.

Okay, here’s another problem with generalizations: None of them are true. I know in the past couple of paragraphs, I called myself a nerd and used words like, ‘preppy,” goth,’ and ‘misunderstood.’ These labels create an immediate image in your head, which is why writers use them. Stop. It’s lazy.

When I called myself a nerd, I closed off the opportunity to be anything else. I didn’t get to tell you that I love winged eyeliner, Taylor Swift, soccer, and flower crowns. Also, I like rap songs. (Closest thing to poetry in the music industry!) Teenagers have ~diverse~ interests, because we’re people, not stereotypes. In fact, keep in mind that teenagers are actually still developing, so it’s common to try out many interests to see what sticks.

Is this a cloud palace on top of Mount Olympus? Because everyone here is as beautiful as the Gods and Goddesses.

I am surrounded by teenagers five days of the week of over 75% of the year. (Yikes, I know.) I spend a lot of time looking at them. And let me just say, I have beautiful friends. And of course, everyone beautiful in their own way. But YA fiction often only gives us one type of beauty.

Being a teenager is sort of awkward. Say hello to braces, pimples, weird fashion trends, poorly dyed hair, and too much eyeliner. When YA novels describe their main character as someone who could win a Gigi Hadid look-a-like competition, I cringe, because they’re missing a major chance to connect with their audience. Writers put a lot of effort into voice to make sure their narrator sounds like a teenager. Maybe they could try making them look like actual teens, too.

Give your main characters diverse body types, different styles, and create a new definition of perfect. (And I promise I won’t blame you if the movie adaptation completely ruins all of your efforts.)

Do I really have to explain this one? Love triangles are unrealistic and cliched. The only love triangle in a teenager’s world is when two colleges are interested in them, and that triangle usually ends with which ever college offers the larger scholarship.

OMG, do y’all literally mean that slingin’ around dank slang isn’t on fleek?

In three years (or in two months) the above sentence will illegible. For some teens, all of the above words are already out of style. Slang is horrible for two reasons.

YA tends to treat teenage relationships like they’re going to last forever. Many epilogues show the main character and their love interest happily married. But that’s not how most teen relationships shake out. Long-term love just isn’t something a lot of teenagers think is realistic at this point. Sure, some of my classmates will end up marrying their current boyfriend/girlfriend but most will breakup before or during college. And they know this.

Most teens are looking for someone to win them a stuffed animal at a carnival, not someone who is this spiritual and intellectual match. They’re looking for someone who’d be a good prom date, not a good father. This doesn’t mean that our feelings of love, confusion, and crushes are less serious, or that we don’t need narratives about teenage relationships. But making every teenage love story a permanent installment shows a fundamental lack of understanding of teens. We fall in love and have relationships, but we’re not naive. We might not want to envision breaking up with someone, but very few of us are looking for a true ‘forever love.’

They’ve Got Their Lives Together

You know the character that I’m talking about. They know multiple languages, they kick butt on the battlefield, they have multiple people romantically interested in them, and they are ready to start and lead a revolution. Also, they’re 16.

WHO IS THE MAGICAL PERSON. WHY DO THEY HAVE THEIR LIFE SO WELL PUT TOGETHER. I am 16 and I learned yesterday how to make an omelette. I wish I was joking. This is sort of an extension of the whole, “Don’t make your characters sound like they’re 20” thing, but to be honest, most twenty-year olds are a mess too. Let your characters have flaws. Really. You can have a ‘strong female character’ without having her be perfect. Most teenagers are a complete mess.

We’re Not All That Sarcastic

I know, I hate to be the bearer of bad news. But not all teens are adorable, wise-cracking, defiant, sarcastic little squirts. Besides, when everyone in a novel is sarcastic, all the characters sound the same. Save the sarcasm for one character. Most of us teens are awkward and spend bus rides thinking up comebacks for arguments that we lost hours ago.

This is probably my biggest pet peeve with some YA novels. The book is almost over, and one by one, every plot issue is tied up with a bow and set to rest. Soon, everything is perfect, and everyone’s living ‘happily ever after.’ But how can you live happily ever after when you’re still a teenager? It’s difficult to end a teenage narrative story, because by time you end your teens, you’re still beginning your life.

I hate ‘perfect’ endings to YA novels. There’s still so much that’s unknown! How will our lives shake out? Will we ever live in Paris? Will we own a horse, or get married, or be a soccer coach for our kids’ team one day?

Not every young adult book has to end with an existential crisis of all that’s to come. But it would be nice if more could hint that just because it’s the end of the story doesn’t mean it’s the end for the main character’s adventures.

Alright, my unpopular opinion post is officially over! I realize that not all teenage narrative stories aim to have realistic teens. (Often, books have ‘aspirational’ characters, or characters that are purposely older in some way so that teens can look up to them.) But for general YA, this is what I think some books miss about teenagers.

What’s your opinion of YA? Do you agree? Disagree? Do you too hold obscenely long grudges over abandonment in a group project? Let me know in the comments below!

(And be on the lookout for an upcoming post on my recommendations for YA books that do it right!) 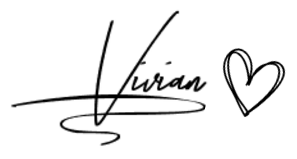