I have devoted an extremely large portion of my short life to taking online quizzes. I want to know my personality (INFJ) and my Hogwarts house (Ravenclaw.) I almost cried when Buzzfeed told me that The Office character that I was most like was Toby. (To quote Michael Scott, “NOOOO!”)

But recently, my work and my procrastination methods collided when I took a quiz called I Write Like, which attempts to tell you what writer you resemble from analyzing something that you wrote.  The answers are universally flattering. (I was half Joyce Carol Oates and half Agatha Christie, what about you?) However, it got me thinking: What authors, famous and not, modern or traditional, have influenced my writing?

Reading creates writers. I have been influenced by every single book I have ever read. However, to keep this blog post a reasonable length, I’m counting an author as an “influencer” if…

Most of the names are probably familiar to you. (After all, the great writers are great for a reason, and the older they are, the longer they’ve had to, you know, influence writing forever.) But there may yet be a few surprises! 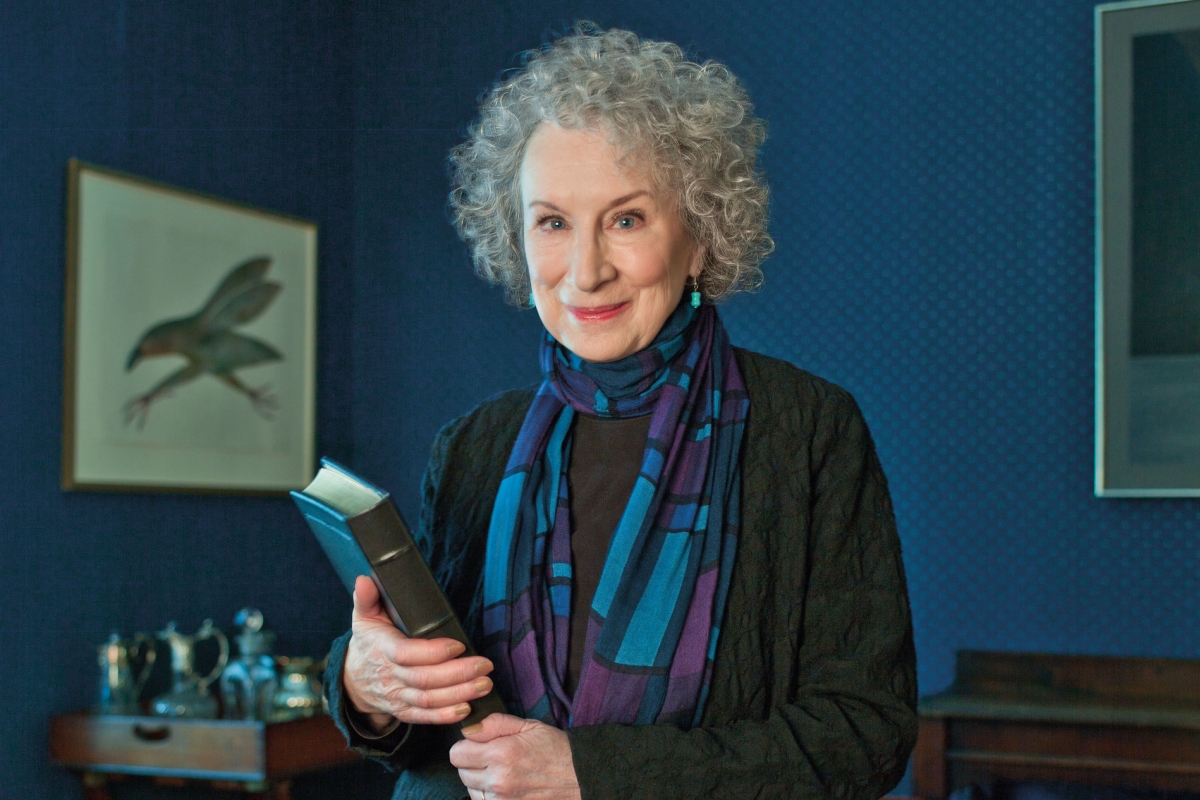 How they’ve influenced me: It is my firm belief that Margaret Atwood is the best writer of our generation. She’s published an absurdly large amount of books, and while you might think she sacrificed quality for the quantity, that couldn’t be farther from the truth. Her writing is innovative and captivating.

She doesn’t limit to herself to one genre, exploring literary fiction, dystopian, poetry, novels, short stories, and more types of writing. Her stories are not always in chronological order, which creates a mystery for the reader to figure out. Her career is one I have always dreamed of: a life of living books, one after the other, not limited by genre or expectations.

One thing all writers can learn from them: Stories don’t have to be linear.

How they’ve influenced me: Shakespeare set the basis for much of literature as we know it. He invented words, created iconic characters, and practically mastered the art of story telling. Shakespeare has taught me a lot about plot. Whether he’s writing a tragedy or a comedy, there are always twists and turns, surprises and revelations. Shakespeare was one of the first authors I read who didn’t always have happy endings. It goes to show how versatile and powerful his plots are, since people are still recreating his stories with different settings and situations.

My favorite work they wrote: Hamlet

One thing all writers can learn from them: Your writing doesn’t have to have a happy ending.

That’s what happened to me with Wendy Mass’s books. Every single character was so alive and relatable. They were some of my first friends, and its difficult for me to even think of them as books. Wendy’s stories are living and alive. I think she wrote the perfect middle grade novel – two times. I want to write middle grade books, and she is my biggest inspiration.

My favorite work they wrote: Every Soul a Star (Middle grade novel)

One thing all writers can learn from them: Each character should think they’re the main character.

How they’ve influenced me: If she were still alive, I would give Emily Dickinson my first born child. She was my first literary idol, and she is still my favorite poet/author of all time. There will be a blog post in the future fully dedicated to her grace, beauty, and power, but for the meanwhile, I’ll try to tame my abundant devotion to her.

Emily Dickinson wrote about flowers and death at the same time. By using small details about nature and human life, she evokes greater emotions and bigger-than-life themes. Even though her poems are short and her subjects seemingly insignificant, she knows how to wield them to create something powerful.

My favorite work they wrote: All of the above.

One thing all writers can learn from them: Seemingly insignificant details can become powerful with a writer’s words.

How they’ve influenced me: Jane Hirshfield. Queen of poetry, queen of Haiku, and queen of being kind. Jane Hirshfield is the woman who taught me what poetry should be. She is the only person who can write a poem about death and leave the reader feeling happy.

Her poems are controlled yet alive. She uses line breaks to create pauses. Silence is as important in her poems as the words are. Also, I’ve had the joy of meeting her once, and  she replied to a poem I sent her with the kindest letter I’ve ever gotten.

One thing all writers can learn from them: Remember to use silence in your writing.

How they’ve influenced me: Claudia Rankine cannot be summed up into one simple word like “poet” or “novelist” or “artist.” She uses all three in her book, Citizen, which is one of the most important books of our time. Claudia not only breaks the rules, she makes the reader reconsider why the rules even existed if something this powerful could be written without them. She is kind, daring, and brave. Everyone should read her work. She has something to say, and we have to listen.

My favorite work they wrote: Citizen

One thing all writers can learn from them: Abandon genre.

How they’ve influenced me:

I swear. It’s much cooler when she does it.

One thing all writers can learn from them: Take stylistic risks.

How they’ve influenced me: I read for many reasons. I read to better understand those who have lived different lives than my own. I read to become a better writer. But I read Agatha Christie’s books for one reason alone: They’re fun.

As a writer, sometimes I get weighed down by the idea that my work needs to mean something. It has to change the world, or change someone’s mind, or make a difference somehow. But Agatha Christie’s mysteries, which are a pure pleasure to read, remind me that giving the reader something that means something to them is goal number one. And sometimes, that meaning can simply be, “What a great story! It was entertaining to read.”

My favorite work they wrote: And Then There Were None

One thing all writers can learn from them: Reading should be fun. 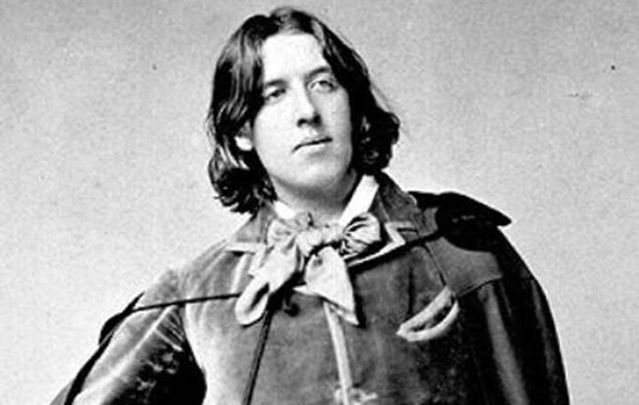 How they’ve influenced me: Oscar Wilde makes me laugh. His one-liners are legendary. Even though he’s more than a hundred years old, he still consistently makes “People I’d Invite to a Dinner Party” lists. He’s just that funny.

Oscar reminds me that no matter how serious the subject, the reader likes to laugh. I aspire to one day be a witty as him, and I try to slip more humor into my novels.

My favorite work they wrote: The Importance of Being Earnest

One thing all writers can learn from them: Don’t forget the humor in your writing.

How they’ve influenced me: Andrew Clements wrote the book that made me want to write books. I’d always been a reader, and I loved his previous novel, Frindle. Then, I read Clements’ novel School Story, which is about a young girl trying to get her book published. For the first time, I realized someone my age could write a book. Someone my age could publish it.

I started writing long fiction after reading that book, because I knew I could. Andrew Clements is responsible for kick-starting my career, and I’m grateful for it.

One thing all writers can learn from them: Simple language doesn’t necessarily mean simple characters and simple stories.

Did you sign up for my newsletter yet? You can get a free character development sheet when you do. Subscribe now to get free printable and updates.

What writers have influenced you the most? Who do you “write like?” Let me know in the comments! Until next time, you can find me on Pinterest or Instagram.

this past week, my short story Everything Must Go was published by Cerealization (bite-sized stories 🥄) along with INCREDIBLE art by @seb.draws (thanks again Seb for being the visionary behind these preteen-balloon-heads-on-fire.) The story features a dying strip mall! A ghost in a half-zipped prom dress! Hibachi! A 12th birthday party! You can read it now over at @cerealization_ :)
me + some of the books I read in 2020!!
October adventures! ☕️ 🍁 🐈 🔮
Salem bookstores! Foggy castles! Carmen Maria Machado! Spooky season is off to a great start.
Loading Comments...
%d bloggers like this: