There is a plague in the writing community. It’s infected academic writing. It’s snuck into novels and short stories, into tales of cowboys and into tales of rocket-ships. Even if you’ve been immunized, it can still slip into your prose if you let your guard down.

The passive voice knows no mercy.

I’m in the middle of editing my second novel right now. Even though I’m mostly focusing on big picture issues, like plot holes and character development, I’m also fixing sentence structure when I run across problems. That means deleting the passive voice whenever I stumble upon it in my manuscript.

Number One: How to Spot Passive Voice

What exactly is passive voice? In technical terms, it’s when “the subject of the sentence is acted on by the verb.” Here’s an example. In the passive voice, the question “Why did the chicken cross the road?” would become “Why was the road crossed by the chicken?”

While this isn’t grammatically incorrect, it takes the emphasis away from your character and it’s stylistically clunky. Certainly, there’s a time and place for passive voice. Lab reports often require passive voice. You might even be trying to purposefully emphasize an object over the characters. (Ex. The crystal tiara was desired by all.) But most of the time, passive voice simply weakens your writing.

How do you spot the passive voice in your own writing? I saw this tip on Pinterest ages ago, and I’ve used it ever since:

Essentially, if you can add “by zombies” after the verb, you’ve written a sentence in passive voice. Just try it out on the title of this post: The passive voice should be avoided (by zombies). Whoops! It’s passive. Try this simple trick on any sentence you find suspicious. The word “was” in front of the verb may tip you off to a possible passive...just remember that “was” doesn’t always mean it’s passive! (Ex. Sally was feeling sad. Though one could also argue that this is clunky, and that the writer should just say, “Sally felt sad.” Moral of the story, if there is a “was” before your verb, re-examine that sentence.)

Number Two: Switch That Subject Around

All right, so now that you’ve identified that passive sentence, what are you going to do with it? It’s simple: Just switch the subject around.

Make sure the subject of the sentence is delivering the action. Boom. That simple.

Is anyone else stuck in the editing stage? Let me know in the comments! Until next time, you can find me on Pinterest or Instagram. 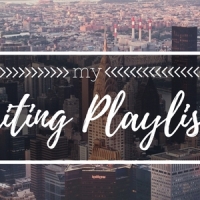 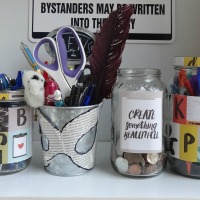 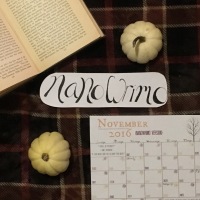